I know readers are curious souls and I thought you might want to share the thoughts that went through my head and led me to write Conjuring Casanova.  I was writing a three-book romance series which someday may see the light of publishing. It takes place in  1760 and if one is going to have romance in the eighteenth century, some understanding of the women’s underwear of that time is a must. 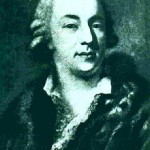 I worked the internet and found, “No better recordings of the ins an outs of daily life in the eighteenth century can be found than in the pages of Giacomo Casanova’s memoir, Histoire de Ma Vie.” I ordered one volume; there are twelve. In the pages I discovered this crazy-for-life,  hilariously honest and gifted writer sharing forty-nine years of his everyday life. The other eleven volumes quickly filled my shelves.

I knew nothing about the man. His rep was certainly not attractive. He knew plenty about ladies undies back in the day. He was the quintessential womanizer. How could I like him so much through his words? Yet every time I read his words I felt like “my friend” was talking to me. A friend who just happened to be an eighteenth-century libertine. 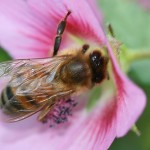 One day as I held my friend’s book on my lap, devouring his words, I asked myself a simple question: What would I think of him if he was here today? Et voilà, Conjuring Casanova was born. The picture, a not-so-subtle reference to a man who spent his life in the unending pursuit of the flower of womanhood. As it happens, “Melissa” means honey bee, so how could I resist this pretty picture?

As a little girl, Melissa Rea fell asleep whispering stories to herself in the dark.  In elementary school, she got in trouble for embellishing when the truth just … END_OF_DOCUMENT_TOKEN_TO_BE_REPLACED