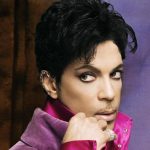 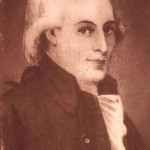 It was Stevie Wonder in an interview with Anderson Cooper who called Prince “a member of the army of love.” Prince Rogers Nelson has been gone a short time and there is certainly a little less love in the world because of his death. Giacomo Casanova and Prince were both men of great passion and love and had many more things in common than anyone might guess. Both men contributed major works in their fields, Prince in music and Casanova in literature. A deep and genuine love of women certainly tied them together across the centuries with a timeless bond. Casanova details his “love” in Histoire de Ma Vie and Prince in his many songs celebrating his sensuality.

Prince always surrounded himself with beautiful woman. “Tell Me How U Want 2 B  Done,”  the name of a Prince song, so passionately demonstrates his desire to please his ladies. Casanova spent  much of his time pleasing too as he colorfully details in his memoir. Like Casanova, Prince chose women with talent as well as beauty. Prince did his best to promote the talent of female artists, often highlighting them in his shows to further their careers. Casanova was always concerned that none of his lovers end up worse for having loved him. He bankrupted his cloth business providing housing for factory workers who became his mistresses. His wanted to ensure the women he cared for had decent places to live and necessary furnishings—a kindness not uncommon for an elite man in the 18th century.

I think Prince would have appreciated Casanova’s clothes too. Casanova was not much of a music fan but went to the opera often just to see and be seen. The after opera gambling and gathering—a high point of the era, was really the point of Casanova’s evenings. He was much more interested in which dancer or lady in the next box would be having a late supper with him. Both men led lives steeped in carnal pleasures and creative passion, and I loved them both for their brilliant work. It makes me smile to think I can still  listen to “Little Red Corvette” and read Histoire de Ma Vie. I feel their passion, and honor these great and talented souls who held deep respect for the women in their lives. No longer with us, for every note and every word, we can return their love with our appreciation.

How would Casanova have reacted to the women of Prince’s time?  Wondering just that thought brought me to write Conjuring Casanova. How would an eighteenth-century libertine who lived for pleasure make his way  in this graceless modern age? What would he think of our technology in the era of sexting and hookups? Would he find the women of 2016 very different from those of his time? To imagine that I needed to write a book. In it, ER Doctor Elizabeth Hillman helps Casanova deal with these questions and more when she conjures him to our 21st century. Now I know the answer to my burning question. How much fun could that be?

As a little girl, Melissa Rea fell asleep whispering stories to herself in the dark.  In elementary school, she got in trouble for embellishing when the truth just … END_OF_DOCUMENT_TOKEN_TO_BE_REPLACED