It’s Sunday night and I don’t know about you but I always get excited. Tomorrow a new week will start and all bets are off on the old one. I feel like every Monday the world starts all over new. This week I approved the front and back cover and copy to print Advanced Reader’s Copies. That is where my little story becomes a real book for the first time. These will be used to secure reviews and sales.  So my friends, rise to the challenge. Who knows what wonders await this week for us.

When you choose a book, you look at the endorsements, right? Well I have a doozy for the back of my cover.

“Casanova got a bad rep for about three centuries. He was confused with Don Juan, he was censored until 1960, he was dismissed as a writer, and he was lumped together with famous misogynists. After the true text of the “Story of my Life” appeared in 1960, his admirers hastened to rescue the famous 18th century lover and illuminist from ignorance and neglect. Melissa Rea has brought him to life in our time. He was hard to resist in his lifetime and as this novel makes it clear he’s just as seductive now”

I don’t know about you but I am on fire to get 2016 started. This is the year Conjuring Casanova when be published in June. This year the stories in my head will finally have a chance to work their way into to yours. That is why I write, to share my stories. I hope you like them

I have been making up stories and turning them into books for a while now. For one particularly saucy bit, I needed detailed information on women’s underwear in the eighteenth century.

Working the Google algorithm, I found: “For the details of eighteenth century life, the memoir of Giacomo Casanova cannot be beaten.” I ordered the first of six volumes. You can guess what happened. Just like Lizzy Hillman, the heroine of Conjuring Casanova, I was hooked.

I will share more with you about this journey in my blog. 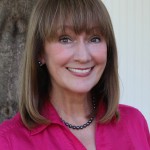 Melissa Rea has an undergraduate degree in psychology with a minor in French and is an amateur Casanovist. A dedicated researcher, she has read Giacomo Casanova’s … END_OF_DOCUMENT_TOKEN_TO_BE_REPLACED