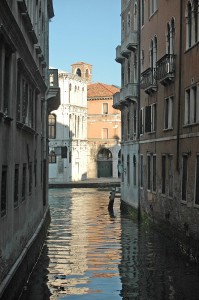 Like anyone with an ego, he would first be amazed at all the entries. Second, I think he would be surprised that he was an icon today. He had an endearing humility evident in his writings. He was the son of actors and never claimed to be anything more. Lastly, I think he would be sad to be called an infamous seducer. “I do not seduce, but only submit.” This lovely quote from his memoir was, of course, followed by a story of meticulous seduction. Oh, well, Casanova was Casanova.

It is certainly fun to imagine what he might have thought about his internet presence, and imagine I do. In Conjuring Casanova lonely stressed ER doc, Elizabeth Hillman, conjures him from 1774 to 2016.

Conjuring Casanova is available for pre-order now, and in bookstores June 7th! 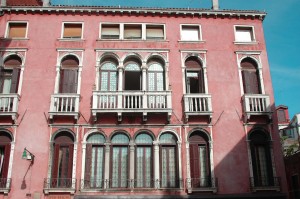 Did Giacomo Casanova believe in love at first sight? Most assuredly. Often, though, he found a woman unattractive at first only to fall in love after she proved herself intelligent and witty. While he made little distinction between physical love and emotional attachment, he devoted most of his energy to the pursuit of love, or at least women to love. This picture is of The Bragadin Palace as it was known in his day. Now a hotel. Did he once look out one of those windows and watch lovelies walk by?

In 102 days read about Casanova’s fun fictional romance with a modern woman in Conjuring Casanova. 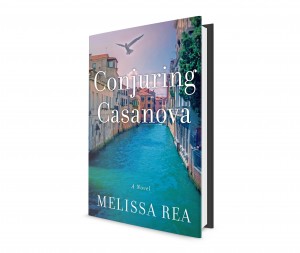 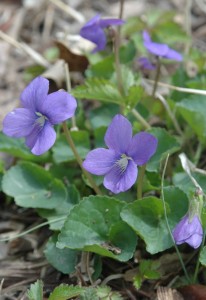 Yes the weather is getting warmer and the days longer. Little flowers will soon begin to bloom like my favorite violets. So what do we do? Look for great books to read outside. The cold dark days of winter lend themselves perfectly to the dark rich scary book or serious memoirs that widen our experiences. Spring and summer are for fun books that make us smile, I think. The term “Beach Read” comes to mind. A Beach Read is a light fun book that one could of course read on the beach, but also can be any fun book that takes us away.  I would proudly offer Conjuring Casanova as a  suggestion perfect for any beach reading.

It is no coincidence it will be released on June 7th. I want you to sit in your chair on a beach, in a park, or even on your deck and read with a smile on your face. I write to entertain but it might make you think just a bit.

ER physician, Elizabeth Hillman really needs a break after she fails to save the life of a little girl. She opts to escape to Venice where she just happens to conjure Giacomo Casanova back from 1774 to 2016.  How, you ask, does she do that? It might be really fun to read and find out.

You can pre-order at Amazon, Barnes and Noble, or through your Independent Bookstore at IndieBound.org

Valentine’s Day is over. 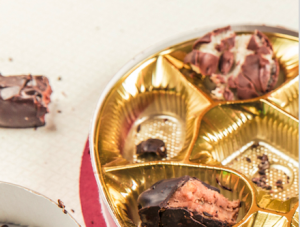 The candy is eaten, the flowers are wilting, and if that bracelet hasn’t turned your arm green, count yourself lucky. Your man has probably gone back to the behaviors that often make you wonder, “Why do I bother?”  In Conjuring Casanova, Giacomo Casanova tells ER Doc, Lizzy; “forgive us, we give you all we have.” I believe its true. The poor creatures do the best they can. Sadly, the best they can do often falls short. We love them anyway because they are so pretty and they taste so good.

I considered this and a lot as I wrote my novel that brings Casanova to the 21st century. On  June 7th Conjuring Casanova will be published. To find out about Casanova’s trip to the present, you can pre-order on Amazon, and Barnes and Noble and from your independent bookstore through IndieBound. 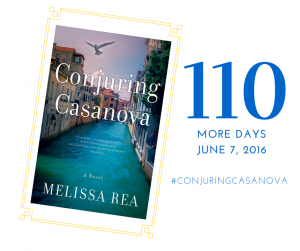 Can’t wait until June? Be one of the first to read an Advanced Copy.

When I was a little girl I had a favorite book as did we all. Mine was Shadow Castles by Marian Cockrel. It was a sweet little story in which a little girl is told a tale. She met a strange man in the woods, which today would terrify us, but this man was, of course, a prince. He told her many lovely stories about goblins, spells, and true love. I sat enthralled as my cousin Jeannie, two years older, read to me. In my head I escaped my little brothers, mean kids at school, and the fact that my mother had left me to be raised by grandmother I barely knew.

When Jeanie read to me, I was a princess and no goblin could ever get me. Today there are so many goblins and so few princes. I write fairy tales for grown up girls. I write for the fifty-five-year-old girl who spent all night with patients in Intensive Care and reads for a few minutes before she falls asleep. I write for the exhausted mother of four who reads for ten minutes when all are asleep and the house is quiet. I write for the attorney who reads as she eats dinner alone in a restaurant so she has a place to rest her eyes. Sometimes, a girl of any age, needs an escape and I write them. Don’t worry, I promise a happy ending, always.

Conjuring Casanova is the story of hard working princess of the ER in the world of the not so princely. It takes a man from another century to give her the courage to enjoy her life fully again after some tussles with modern goblins.

Pre-order now on Amazon Books and Barnes and Noble. It will be in bookstores June 7th. With a good book in your hand, no goblin would dare. 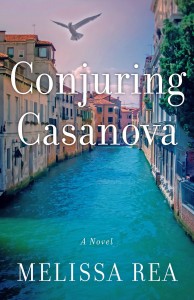 They are finally piled gingerly on my dining room table, my Advanced Reader Copies of Conjuring Casanova. This is a little exciting because this is the first time my story, begun five years ago, is really a book. Before this it has been available as a PDF and even some home made copy and bind editions. But very soon, June 7th, it will be available to share with you. The story of an ER physician who learns about love and life from eighteenth-century libertine Giacomo Casanova, back from the past. In  2016 Casanova is still Casanova and a fun read can be had by all.

Available for pre-order on Amazon Books and Barnes and Noble. You could be the first of your friends to have one as early orders are often mailed before the actual publishing date. You know you want to, you little trend setter. 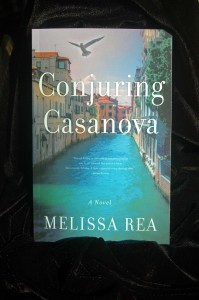 As a little girl, Melissa Rea fell asleep whispering stories to herself in the dark.  In elementary school, she got in trouble for embellishing when the truth just … END_OF_DOCUMENT_TOKEN_TO_BE_REPLACED